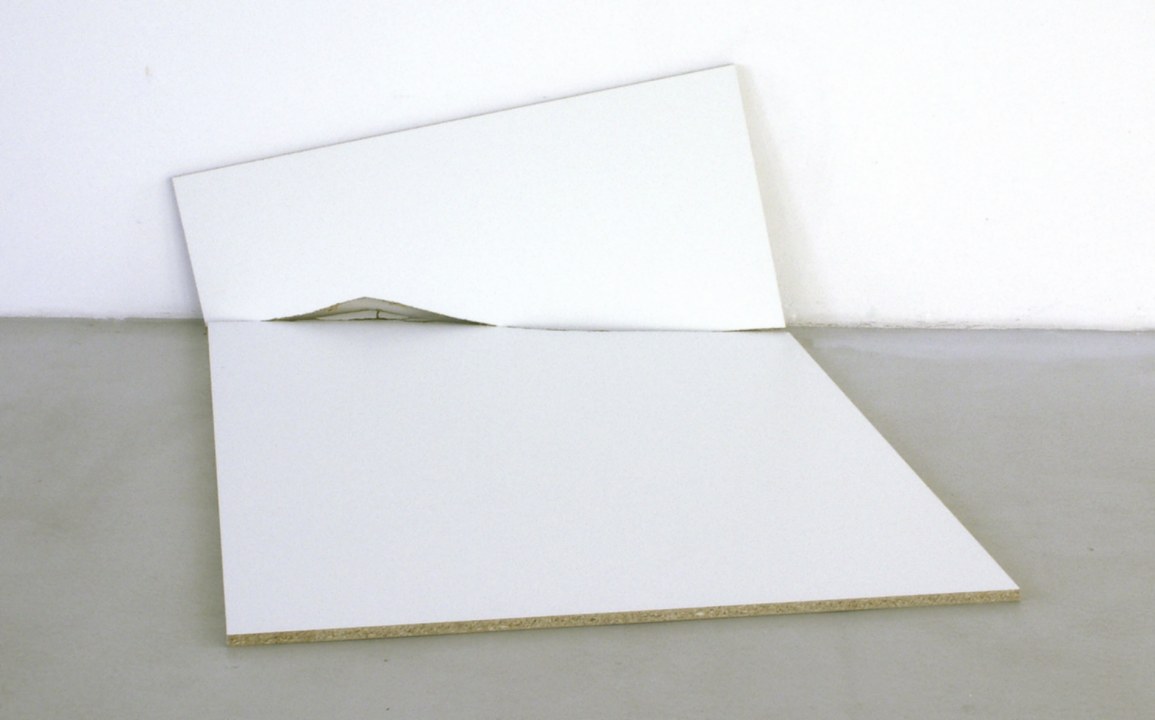 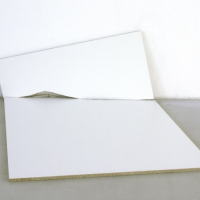 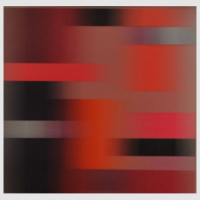 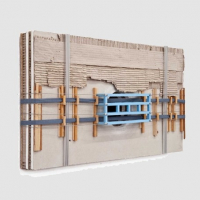 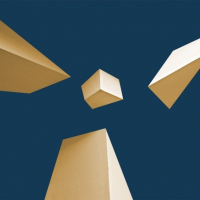 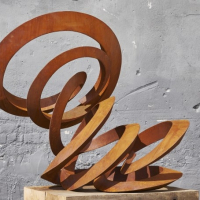 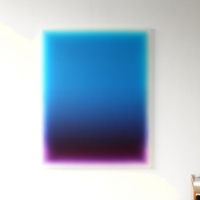 How is a room or a space constructed? What does it consist of? How does an object set itself apart? How does art interact with a location?
In the presented works we deliberately draw borders, crash them, pass trough them or change them.
Dirk Salz selected fellow artists who interact with the spatial qualities of an artwork as well as with the qualities of surfaces. It is about permeability and access, about the construction of layers and shapes.
In Christiane Grimm's glass objects the impression of color and movement derives from the layering and compositions of the plates. The space which is constructed here receives dimensionality through light.
The architectural photographies by Oster+Koezle isolate dominant pieces of building structures and with that create their own compositions in which they re-shift the focus and corners, edges and shapes come to the foreground. You find a new orientation through the monochrome background.
Katja Pfeiffer works with similar intentions because her works, too, are about newly developed layers but much more intense and less concrete than with Oster+Koezle. She creates multimedial objects where materials connect, strongly grounded but still permeable.
Pieter Obels is directly engaged with the connection of room and object by spontaneously interacting with the material. Not planned, but improvised like a dance, he "moves" the steel and with that, also the viewer. With that, he creates layers in these "twisters" in whose form the process immediately becomes visible.
Alexander Voss' topic is the "crack" itself: at exactly this point the conteact between spaces, between object and location, between reality and imagination and with that, the possibility to develop something. A plane becomes permeable.
In Thomas Deyle's work the color almost melts into the space, but at the same time remains within the painting. This diffuse color field, like light, is also found in Salz' resin paintings. A border within theses openly shimmering layers can only be detected after a while.
All are connected through the use of layers and spatial borders but you clearly see that there are a variety of possibilities that wonderfully add to each other in this exhibition.