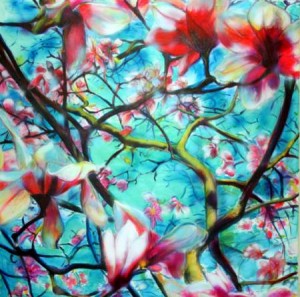 Tonight at 6.30 Armin Scheid will answer questions about his pictures.

The Cologne artist studied at the University of Dortmund and the Düsseldorf Art Academy, and was assistant to Prof. Norbert Tadeusz for several years. Since 2003 he has co-developed the exhibition series "junge kunst" in Cologne. In his painting, Scheid is concerned with inventing a "new pictorial reality of his own, based on a motif that fascinates him, which concentrates entirely on working with pictorial means."