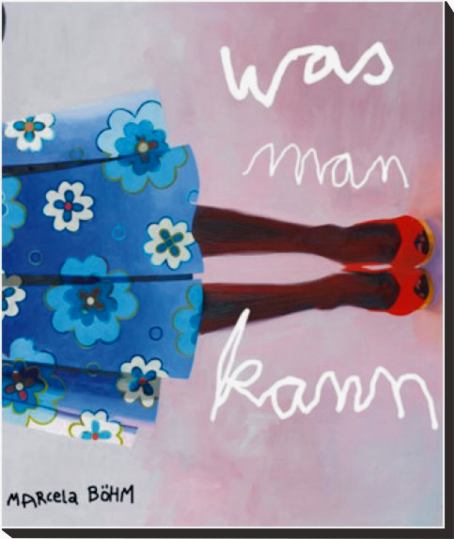 March 20 – Apr. 30, 2010
Marcela Böhm: “Was man kann.” Paintings.
The Argentian painter Marcela Böhm is in the focus of the exhibition, which Obrist Gallery will show in celebration of the gallery’s 10th anniversary. On the occasion of the opening reception an extensive book about her work will be published.
Marcela Böhm is actually one of the most interesting artists. In her paintings she tells stories from our everyday life in her special overdrawing manner. The communication and interaction between the depicted people is trenchantly recorded. Regardless of her success she is not afraid of touching awkward issues in her art. Thus Martin Engler, curator of 20th/21st century art at the Städelmuseum Frankfurt, writes in the forthcoming book: “Marcela Böhm’s painting is in its beauty as well as in its abrupt, occasionally brutal disruption a continuous battle for visibility.”