Hanakam and Schuller in Düsseldorf 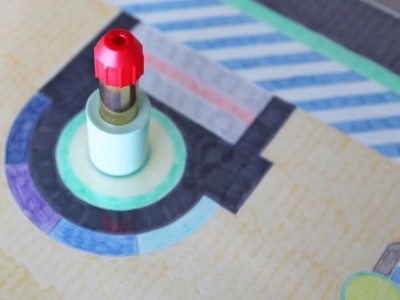 From the 25th of July to the 3rd of August, we will show the current art project "Interface" by Markus Hanakam and Roswitha Schuller in Dusseldorf. The opening on the 25th of July 2013 includes a discussion with Hanakam & Schuller lead by Prof. Dr. Ferdinand Ullrich, as well as a short presentation by the Viennese artist couple.
Markus Hanakam and Roswitha Schuller's current work “Interface” (2013) represents an object based on drawing in a series of graphic works, which were created as set-elements of their short films. Comparable to other art works by the couple “Interface” again allows its audience to explore the connection between an apparatus and the graphical interface and operate or move individual elements. The art work consists of a ten meter long drawing trail on a roll, a wall construction and a table segment, which enables the participant to create via "scanning" a cutout version of the drawing. Comparable to other works by Hanakam & Schuller, they incorporate again in the case of “interface” small-scale plastic objects, which serve as placeholders or game tokens for the viewer as well as for future performers.